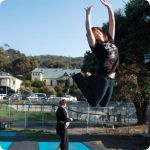 I’m writing this after the first good night’s sleep I’ve had in a week and I feel like a completely different person. Woo hoo, sleep is the bomb. You’d think I get a lot of sleep, being chronically fatigued and all, but that’s one of the weirder parts of CFS in that you’re exhausted but find it hard to sleep.  You don’t do enough activity to feel physically tired, you often don’t do enough mental activity to be mentally tired so you just drift from one fugue state to the next, dozing in a sleepy world wondering when you’ll get better.

So, I was actually going pretty well with my sleep up until last week when I had a whole lot in one week including a funeral and I was pretty wiped. I then completely hit the wall at the end of the week having coffee with a friend; that crash didn’t take long to recover from physically, but mentally it scared the hell out of me – I just had coffee, I wasn’t stupid, I didn’t go for a run, I just had coffee, what? Was I getting worse instead of better? Now, for someone with a mind prone to anxiety, this set off a flurry of anxious thoughts that were taking off way too fast for me to get a hold on them, which led to me being completely unable to make decisions and being worried about everything. Yuck. So, what happened each night when I tried to sleep? Pew, pew, pew went the thoughts around my head like lasers. Hmm, not so much sleep and even more worry about whether I was getting any better.

This continued for several days with my anxious exhausted mind during the day and my anxious wired mind at night duking it out as to who could wreak more havoc.

The thing with anxiety is that you don’t always realise it’s happening until it’s too late and the war is being waged. I know what to do when I get anxious, I do, I know I need to slow down and meditate and listen to relaxing music and do some stretching (since running is no longer allowed) and not to engage in the battle being waged in my wayward brain. But I forget, I just get sucked in to the fight and spend hours trying to decide if I should drive to the CFS Health Centre or take public transport or get a taxi… I’ll get a taxi, but then that’s expensive, I should drive, but then I might be too tired, then take public transport, but I don’t know how long it takes, well then… Woah, it’s 2am and I’m not getting any closer to sleep. 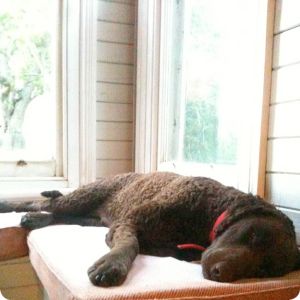 If only I could switch off and zone out like my dog Winkie can!

So what did I do yesterday that was different? Well, I went and my chronic fatigue coach at the CFS Health Centre and told her about my shitty week and she clarified what was happening and why I was anxious and that I was scared of crashing again and was second guessing myself and that maybe I was simply recovering from the funeral still as that was a huge day and even people without CFS find funerals exhausting. Oh yeah, light-bulb moment, right. I’d been so worried I was getting worse when really I was just recovering from the week before. And anxiety, yeah, that old beast. We came up with a plan for last night’s sleep and I messaged her this morning to update her on my successful slumber. 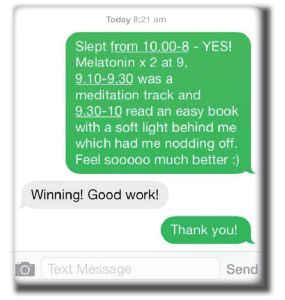 I was so happy to have slept, to have not fought the anxious fight in my mind, to have just switched off – bliss. Now I’m going to sign off here so I can wind down without a backlit screen mucking up my circadian rhythm and hopefully I have another good night’s sleep! 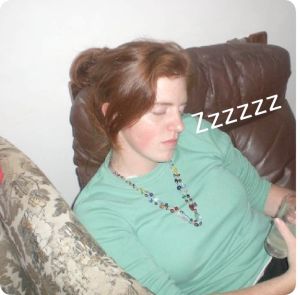 This is recovery! I said I’d jump off this pier when I was well again, been well for 18 months and finally got the courage to leap off - screamed the whole way down but swipe to see how happy I was after!! Recovery from #cfs is possible! #cfsrecovery #chronicfatiguesyndrome #chronicfatiguerecovery #wellness #health #recovery #hope
This was a goal when I was sick. Ticked it off this week :)
Just got home from A Day on the Green featuring Florence and the Machine. Danced and sang and drank and had an awesome time, made all the sweeter by knowing I couldn’t do this last summer or the summer before or the summer before but now I can - woo hoo! The dog days are over!!! #cfsrecovery #cfs #mecfs #mecfsrecovery #recovery #progress #health #inspiration #adayonthegreen #florenceandthemachine #cfswarrior
Just a reminder that recovery from chronic fatigue syndrome IS possible! I’ve spent the previous four christmases with cfs but this year I was fully recovered and loving life, pictured here with one of my nieces :) #cfsrecoveryispossible #cfsrecovery #recovery #hope #health #wellness
I’ve written a new blog post about my “celebration of health trip” reflecting on my recovery and being super grateful to reclaim my life. There’s an audio version too for those not up to reading #cfs #cfarecovery #cfswarrior #mecfs #mecfsrecovery #hope #recovery #strength #celebration #travel #france
Four photos from my “celebration of health trip” to France this month. Hiking, swimming, eating and baking - all without CFS!! So so happy to be able to travel again and live my life! #cfsrecovery #recoveryispossible #hope #cfs #mecfs #mecfsrecovery #health #wellness #positivity #smiles #cfswarrior
I willingly went to a gig last night!! The people, the loud music, the shoving, late night and lack of personal space was all new after years of CFS but I woke up today feeling absolutely fine, just a bit sleep-deprived as I should. All that after a late Friday night and a class all day Saturday! Recovery is possible! #cfsrecovery #chronicfatigue #britishindia #livemusic #ozmusic #mecfs #mecfsrecovery #recovery
For the first time this year I’ve updated my blog about recovery from chronic fatigue syndrome. I’ve felt so much better but couldn’t quite believe I’d recovered and didn’t know how to explain this new stage of life :) link in my profile! #chronicfatiguesyndrome #chronicfatigue #cfs #cfsrecovery #chronicfatiguerecovery #recovery #hope #wellness #health #mecfs #seid #myalgicencephalomyelitis #blogging #writing
Jumping for joy in Tassie last week! I went on an 8-day trip to Tasmania last week which included: a wedding, drinking many ciders, eating cheese, touristing in Hobart, driving around, doing yoga on a beach on Bruny Island, walking at Adventure Bay, climbing a gazillion steps to a lookout, going to MONA, camping, white water rafting, a steam train trip, a walk to a waterfall, a hike at cradle mountain and finally a trip back on the spirit of tasmania. All without CFS symptoms!!!!! So so pleased that I coped so well, so grateful I've come so far in my recovery. Yes I got tired but just as tired as my travel companions as we packed a lot into the trip, I just had normal-person tiredness. Huzzah! Recovery is real! #cfs #cfsrecovery #cfsrecoveryispossible #chronicfatiguesyndrome #chronicfatiguesyndromerecovery #mecfs #myalgicencephalomyelitis #recovery #health #wellness #tasmania
I went on a 2 hour walk today around Dove Lake at Cradle Mountain - felt sooooooo good! And didn't crash on the other side, had tired legs just like my friends but nothing else. Woo hoo! So good to be out in nature again - #cfsrecovery is real! Four years ago this would have seemed impossible, but now it is totally doable #recoveryispossible #cfsrecoveryispossible #cfs #mecfs #myalgicencephalomyelitis #recovery #hope #progress #results #future #chronicillness #cfswarrior #wellness #health #chronicfatiguerecovery
%d bloggers like this: