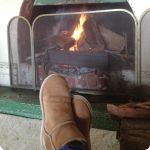 I’ve been working with a new person to overcome this fatigue crap and am excited to blog about it and how I am progressing. So, I’ve been going to the Chronic Fatigue Health Centre in Melbourne and while they haven’t waved a magic wand and healed me (I like to think the Harry Potter spell would be something along the lines of Fatigueness Disappearness) I am improving slowly and understanding my illness a hell of a lot better. 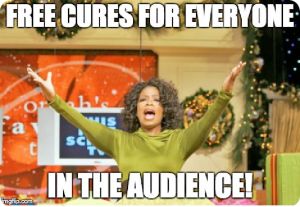 I’ve been going once a week for four weeks and each session I walk away with a better understanding of what I’m doing wrong and right, why I’m feeling like I am and with a plan in place for the events of the week ahead.

The people at the centre have all had chronic fatigue syndrome and recovered from it, which was the single biggest thing that attracted me to them; they would get it! And they do, when I get confused explaining the past week and have a brain fog moment they assure me it’s ok, they remember brain fog perfectly. When I bitch and whinge about wanting to go for a run or go travelling or go to work one day they nod with an empathetic smile as they really do get it, they did it, and they got better. When I admit I spent an afternoon in bed barely moving and sweating through my clothes they remember doing it themselves.

Now I’m not going to share all their words of wisdom as the work they do is highly individualised and wouldn’t suit everyone. But some of the general truths are worth sharing. The best one I’ve taken away is “make your health your priority”, which I find brilliant to deal with wanting to do things but knowing how badly I will crash on the other side if I do them…

When I’m asked to a Christmas party that I’d certainly enjoy but it’s an hour away in Melbourne and I am already feeling a bit wobbly then I can use this to make sense of my fatigued world. What’s my priority? Going to a party that will be fun but will make me feel worse and make me feel anxious about the impending crash and then the three-day recovery? Or, my health? Well, my health, derr. It doesn’t always work, as I do need to have some semblance of a life and interact with friends, but it does help me sort out what I need to do. That party was tonight, and I’m home typing after waking up from an epic nap feeling pretty bloody grumpy that I am not in a santa hat having drinks on my friend’s rooftop having fun. It sucks, I wanted to go, but I will feel sooooooo much better tomorrow for not going. I get to see most of the guests at book club later in the week anyway and I would have felt pretty horrible if I’d hit the wall at their house. There is always another party, there isn’t another way for me to overcome this fatigue business without looking after myself.

Similarly, this idea of making your health your priority works for thoughts you have that start with “should”. When I’m sitting on a tram or train and thinking I should stand up to let the older person have my seat I just remind myself that my health is important too. I avoid eye contact so I don’t change my mind, because I may look in rude health (I am now understanding that expression as it is rude that I should look this well but feel this crap) but I am not standing up for an hour on a wobbling train (some other rude little shit can stand up).

When I recently attended a funeral I was worried about how on earth I would get through the day without crashing. I decided my health was my priority and it was perfectly ok for me to sit in a designated old person’s seat at funeral, to leave earlier than the others and to not bother interacting with people I should talk to but had no wish to talk to, as that’s what I needed to do, and the person whose funeral it was wouldn’t have minded in the least, he would have understood.

Another good thought is, “I’m in the recovery stage”. At any public event people will always ask me what I do. It shits me but it’s normal, I get it, it isn’t said to make me feel bad. But what is more annoying than that question is people who already know I am sick and ask, “So are you better yet?” and look horrified that I have not spontaneously recovered since last time they saw me. So instead of getting annoyed by this and killing a conversation by replying, “no I’m not, I’m still sick”, I now have a new way to describe it, “I’m in the recovery stage”. I am getting better but I’m not better. I’m not in the horribly sick phase, I’m in the recovery phase of feeling pretty crap but ok then crashing to moments of horribleness. Because the little people know about Chronic Fatigue Syndrome is that it is meant to be awful, and I don’t look sick, I am sometimes very chatty and energetic (for about an hour) so it is helpful to be able to clarify this.

This can also be viewed a little differently that I am actually “In Recovery”. Yep, that’s right, I’m in recovery… from what? No, not from drugs or drink or any esoteric addiction, but from my old life: my addiction to busy busy Suze. To driven successful multi-tasking Suze. Because that lifestyle is clearly not sustainable for me. I catch myself looking at Instagram while I’m watching tv now and say hey, stop multitasking, just be present in one moment. I rarely call people when I’m driving anymore (bluetooth connected ok!) as driving is tiring, I don’t need to add words to the mix. And I do only the exercise my chronic fatigue coach tells me is ok, no more. Unlike deciding to do boot camp three mornings a week halfway through the lacrosse season that already has me training and playing games, and adding yoga to the mix to calm down from the stress of my job, and walking back from the city as exercise is good for you right? Well, in the right dose.

“Learn from my mistakes” is another good thought to remember. So, rather than feeling indignant about crashing and getting angry that I’m not better and feeling scared to go to the next social event I look back and see what I did the day before the crash, the day of the crash and how I recovered. Did I eat enough? Have enough water? Enough rest? Did I sit down at the party instead of standing up? What could I have done differently? One of the things my chronic fatigue coach gets me to do is write down what I do every day, what I eat, how much I drink etc etc so when I’m perplexed as to why I can’t get out of bed of a morning I can flick back and see I barely ate lunch, didn’t schedule in some rest, talked on the phone for too long, barely ate dinner and went to bed late. Ahah, I get what went wrong (most of the time, other times it’s just like my body chooses to rebel on me…) 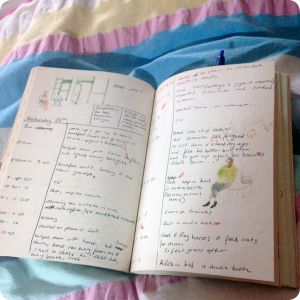 I’ve got so much more I could say about the Chronic Fatigue Health Centre but I’ll save it for another time. The best thing that they’ve given me though, is hope that I will get better, and certainty that I’m headed in the right direction, and those are two bloody important things!

Thanks to fellow blogger glutenfreeadventuresandme who shared one of the centre’s YouTube videos and sent me on this discovery!

4 thoughts on “Make my health my priority”