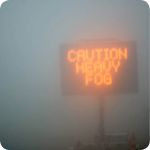 I’ve been wanting to write this post for a while, but every time I try to my brain checks out on me with brain fog. Brain fog, or “cognitive dysfunction” as the doctors call it, basically means that you become a stupid person incapable of primary-school level spelling and arithmetic.

When brain fog creeps in I sometimes struggle to even introduce myself. 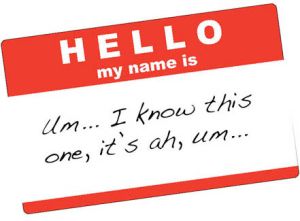 It’s not a constant thing, and it’s definitely worse if I’m feeling wrecked, but it likes to hang around and piss me off. When it strikes there is no point reading a book, no point watching a tv show I haven’t seen before and very little point trying to have a conversation. I should curl up in a ball and power nap and see if the fog has decided to lift…

Last year when I was shuffling between different specialists to see if they could figure out what was wrong with me I could barely recite my own medical history. A normally articulate and analytical girl, I found this inability to use my brain rather scary. In the end Mum came with me to the appointments so that she could tell them all about my ailments and I could sit there like a mentally challenged ne’er do well of the family. Most 27-year-olds don’t need to take Mum to their doctors’ appointments but when I could barely remember prescription names and the myriad blood tests that had been ordered my mummy was definitely coming with me.

Before fatigue materialised in my life I worked as an editor, so you would guess spelling and grammar and words are my thing… Well, the other day I was so fugged up in my head that I said “brung”! I didn’t mix up bought and brought like lots of people do (I’m the annoying friend who picks people up on that), I actually made up a new word and the grammar nerd said brung. Holy hell! That’s how powerful the brain fog thing is. When my brain isn’t working I can’t think of words I normally use all the time and pause mid-sentence staring at the ceiling, looking perplexed as for the life of me I can’t think of the collective word for chairs and tables and beds etc. What is it, it starts with an f, um, um, oh that’s right, furniture, what a tricky one, glad that postgraduate education is paying off.

In primary school I was the first kid in my class to learn all my times tables but the other day I couldn’t split a bill for $30.50 between two people. I glared at the piece of paper on the saucer with suspicion as if it might spontaneously combust. My brain would not work and I shoved it at my friend to figure out (who looked at me with quiet concern).

I’ve always been a baker, with a love of cakes and slice and all things nice but with fatigue I have definitely altered my baking technique. The kitchen bench now resembles a cooking show as I measure out all the ingredients in to glass bowls first so I won’t forget them. I triple check the method and I don’t even think about doubling recipes as that would just end in disaster. I was recently faced with making self-raising flour for 1 and ½ cups of plain flour. I’ve been doing this for years and know very well that you add two teaspoons of baking powder to every one cup of flour, so in this case you add three. Not this time. I just stared at my measuring spoons in bewilderment completely unable to figure it out. I actually had to google.

The doctors don’t know much about why this happens, they don’t know much about anything when it comes to fatigue really, but there are a few theories. The main is that it is just an extension of fatigue; if I can’t run around or stand up all night at a party I’m not likely to be able to use my brain very well. But there are some more physiological theories: one is having unrefreshing sleep, which kind of makes sense (think of how you feel after an all-nighter), some doctors think it can be caused by deficiencies such as Vitamin B12 (for which I have an injection jabbed in to me every few months), distraction due to pain, abnormal cranial blood flow or volume, alterations in neurotransmitters (brain chemicals like serotonin or dopamine) and fluctuations in blood pressure or blood sugar.

And what to do about it? My advice from personal experience:

The best thing is to just surrender to brain fog when it strikes. I know that I can push through it when I need to but I just end up feeling worse if I do. I have written this in about five instalments, avoiding brain fog’s power, with no music to make it harder, a few naps and lots of cups of peppermint tea and just now as I finish the world is looking a bit blurry. So it’s time to press publish, re-watch an old tv series, check out for the evening and hope tomorrow brings with it some more cognitive function…