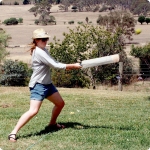 So, when I had a fairly bad day this past Christmas I needed to get some perspective and see what bad days used to look like, and just how crappy I used to feel. My bad days used to hang out together to make everything worse; it wasn’t a bad day so much as a bad week. My bad days previously involved: sweating through my clothes rather regularly, blinding headaches, muscle and nerve pain that made even lying in bed a painful experience, a wildly upset and angry digestive system, complete sensory overload from noises where a sequence of slammed doors sounded more like Dresden in February 1945 than my living room, and fatigue so great that having a shower sent me back to bed.

My bad days now? Well, they usually have a headache, some degree of noise sensitivity, fatigue or some muscle pain – but no longer all at once! It used to feel like my symptoms were competing with each other in an effort to see who could wreak the most havoc on me. Think of the four of them as little kids siting at the front of the classroom madly waving their hands in the air to get the teacher’s attention and answer the question correctly (or was that just me?). 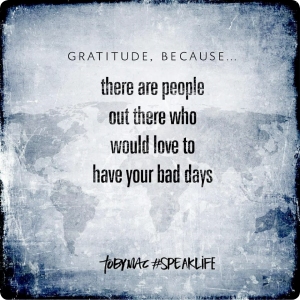 My mum actually asked me about my noise sensitivity a few months ago, as it seemed to her like it was getting more frequent. I was perplexed by this as to me it certainly wasn’t, I thought it was getting better, so what was she on about? The difference Mum had identified was not that I hated loud noises more often, it was that my noise sensitivity was no longer always accompanied by its best friends, Miss Fatigue, Miss Pain and Miss Headache so I was actually in the living room experiencing noise sensitivity and not sheltering in a silent bedroom away from everyone else. These symptoms used to roam around in a gang, bullying my body with a multi-pronged attack. I rarely got one without the other, but recently I can be experiencing a headache with no fatigue, or noise sensitivity without a headache, or fatigue just on its lonesome. So the fact that I was battling one nasty symptom instead of four meant that not only was I not in bed nearly as much, but I was with people, I was near doors that slammed, I was able to be irritated by the increase in TV volume every time the ads come on – grrrr – I could be sipping a chai latte in a cacophonous café; essentially I had got to the point where my parents could notice my noise sensitivity as I was actually present in the room with them, not hiding my head under a pillow in my bedroom.

So, my bad days are bearable, I could even push through them if I drastically needed to, as I did on Christmas morning when I ignored all warning signs and eagerly unwrapped presents and even ran around the garden on my own personal quest that led me to a food processor (so much baking to be done). I slipped away between courses during lunch with a gross headache, missed the first few rounds of Finska on the lawn but joined in later (some strange but fun European ten pin bowling game) and popped painkillers in between turkey and trifle. (Actually I made Bombe Alaska this year, not trifle, but that didn’t work with the alliteration!). 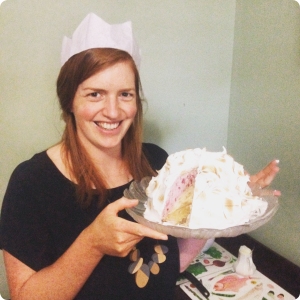 So, I spent a fair chunk of the day in bed nursing a very sore head, but this was enough to stop a crash in its tracks, to let my body plug in to the charger and come good. Even with this headache I was still well enough to watch a movie with my family that night, not be watching one on my own with my laptop screen turned down as low as possible. And I even managed to feel well enough to boss my family around that morning for family photos (once the brain fog cleared enough for me to work out self-timer on my camera!). 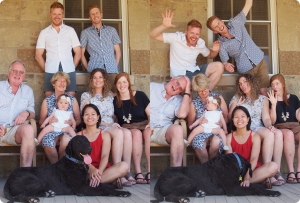 The other good thing about my bad days is that they’re usually over and done with in 24 hours, 48 hours max, as long as I rest properly! No more cancelling my entire week, it’s just a day, day and a half, and I’m back to the baseline that I’ve been working so hard to create. As I lay in bed in pain on Christmas afternoon this year, feeling rather grinchy, I had mentally written off Boxing Day, thinking with bitterness how I’d have to listen to everyone else have fun while I couldn’t do anything, just like last year when the hysterics happening next door with my family members playing Cards Against Humanity echoed through to my room where I was doing absolutely nothing. Happy thoughts hey? Not this year! Guess who played backyard cricket on Boxing Day? Me! Guess who played their favourite board game, Articulate that evening? Me! And guess who spent the following day attending not one, but two social events with friends that left them with sore tummy muscles from all the laughing? That’s right, it was me!

While the Boxing Day Test Match began on the hallowed grass of the Melbourne Cricket Ground I, Snooze Mackenzie, CFS Warrior, stood at the gouged-grass crease on my parents’ lawn, following the ball in, to hit it far enough away without it going over the fence for six and out. I roped in my very speedy big brother to be my runner so I simply stood and swatted at the ball each time it came at me, a huge smile on my face, my hand-eye coordination coming back to me. 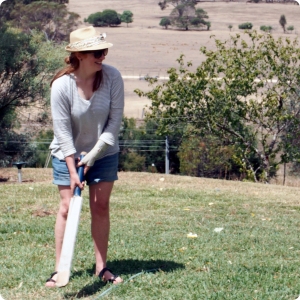 I eventually went out not ‘one hand one bounce’ as the backyard rules state, but rather ‘one mouth one bounce’ when the dog scooted on to the pitch and caught the ball deftly in his slobbering mouth, quite the retriever! I even had a go at bowling, it was definitely not fast, bowling half overs so as not to upset my muscles too much. Just one day after my mini-crash at Christmas I was standing in the sun, sunscreen slathered on, bowling and batting with my family and having the best time. Who knew cricket could make me so happy? I certainly did not! To clarify for the males in my family that’s playing cricket, watching endless hours of cricket on TV will never make me happy.

And it wasn’t just Boxing Day that saw me in rude health, energetically interacting with the human race; I woke up the next morning again feeling great. Not only did I have a delightful catch up with my friends from primary school (who were all home for Christmas) but I backed up from that enjoyable social interaction and decided on a whim to go to a friend’s house for lunch. I’d replied ‘maybe, depends on how I feel’ the day before, as is my usual custom, so I texted back and said as long as I could have a quick lie down once I got to her house I’d love to come. Just a casual eight-person lunch, conversation darting backwards and forwards across the table, laughter erupting from all of us, festive cheer in the air. I was a good girl and left before everyone else but once home I had a sleep for about an hour and bang I was back to feeling good. 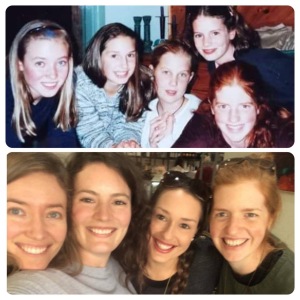 Primary School Pals, me on the right 🙂

I was telling a family friend about these three days and describing how at the first sign of my Christmas headache I’d essentially written off 25/26/27 December, feeling sure that I’d be in a crash the whole time. When I explained how it was actually one shit afternoon, and two-and-a-half good days she commented that it’s a reversal from what it used to be for me: one good afternoon, three bad days. And when I looked back on my blog from this time last year I saw that a worse Christmas day last year was followed by a three-day crash, in my words from last year: “Then came the inevitable crash which I slightly mismanaged as I didn’t rest properly on boxing day… Sweating and aching and fatigue and brain fog and a headache” …This year? One vaguely ok morning, one dodgy afternoon/evening followed by two brilliant days of feeling healthy and normal and like my old self! How’s that for improvement and progress! 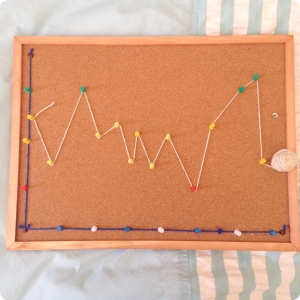 I’ve started graphing my weeks with a pin board and some fun colours for good days, ok days and bad days. This graph shows the one red dot for the week was Christmas Day but look at how I bounced back 🙂

2 thoughts on “Much better bad days”