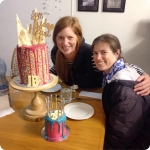 I made it to midnight this New Year’s Eve, the first time in three years, and as I raised my glass to cheers with tipsy friends I felt so grateful to be there, to be functioning, to be happy and to be almost recovered… That’s right, I now consider myself “almost recovered”! Not quite there but very close, and in a completely different place to where I was the previous three years.

The thing is though, that I got myself in such a tizz trying to decide what to do for NYE, and cancelled on friends who were going down the coast, and only got to my friend’s party at 9pm so I would only need to be there for three hours. Why was I in a tizz? Well, quite simply because I don’t trust my body yet. It’s revolted on me so many times that I lack the confidence to say, yes I’ll do that, and then stick with that plan. What was I afraid of? What was the worst that could happen? Well, for those who’ve been following this blog I don’t need to go into details, you know the full force a CFS crash brings, but for new readers think jet lag + hangover + flu. So that was the fear, but was it likely to happen? Was I massively overthinking all this (who me?) and should I have just trusted my body? I think so.

So, while I’m not big on new year’s resolutions, I thought I’d write some reflections about the previous year instead, to chronicle how far I have come so that I trust my body more, so that I believe that this isn’t just a taste of my old life again, but in fact the start of my new one. 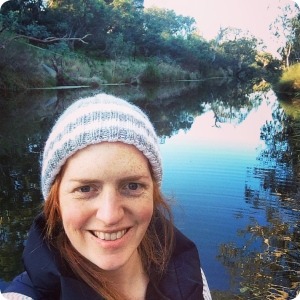 I’ve actually said “I’m almost better” a number of times lately, and have even given my recovery a percentage (about 70% for those playing along at home). And while I’ve clung on to my mantra of “I can recover, I will recover, I am recovering” for the past few years it’s only now that I actually feel it to be true. As I raised that glass at NYE I thought to myself, this is the year, this is my time.

CFS, my 3.5 year nemesis, appears to be losing its limpet-like grip on me… it’s still there, and likes to loudly announce its determined presence when I have overdone it, but on the whole, I’m beating it, and I’m doing things again. I’ve just whupped my parents at Scrabble despite not playing for the last three years so it’s safe to say the brain fog has gone. I walked 2.5km on a 32 degree day in the middle of summer and felt energised on the other side (what?) and in the last few months I have been able to attend a 30th birthday party, another wedding, a baby shower, a one-year-old birthday party, a two-year-old birthday party, a 29th birthday party, a Christmas rooftop party and many fun dinners – I even had my school friends over for dinner, cooked and cleaned everything and had a ball hosting them (and was so pleased to return the favour after they’ve all had me over for many dinners). 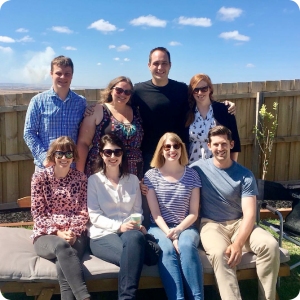 Uni friends at a 1yo birthday party

I also went camping on the Murray river for three days, looked after the farm for mum and dad so they could go on a well deserved holiday, attended a writing workshop, joined a monthly writing group, had my mum’s kitchen approved by the council to sell cakes, designed and gave out business cards for my small scale baking business (check out www.thebarraboolbaker.com ), undertaken some yummy “market research” at nearby farmer’s markets, filled in at reception for my dad’s business, read many books without worrying about keeping to a time limit, babysat my niece, cooked countless cakes, did all my own Christmas shopping this year, and even jumped into the dam on Christmas Day in an effort to cool off. 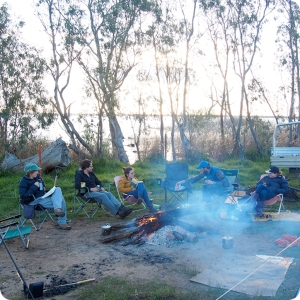 I haven’t had to be driven to any appointments in months; I am perfectly capable of taking myself, and even drove over 2 hours when I visited my fellow CFS-warrior friend Gemma at her house. I no longer get daily headaches, and if they do arrive they aren’t the “hide me from all light and noise sources” kind of headaches that they used to be. I rarely take painkillers now, the all-over body pain that I used to somehow exist with is now just a symptom when I have seriously overdone it, and it goes with rest, a bath, a roll around on my foam roller and some stretching.

my napping spot – not bad!

So, with all this progress am I better? Not quite. As I said I think I’m about 70% recovered, and have a baseline that allows me to do most of what I want… what happens if I do more? I crash still, and with utter exhaustion my head hurts, my brain fog returns, I get crazily thirsty and my stomach gets angry… but mostly, I just need a few days of extra sleep and some cancelled plans to bounce back. This is huge compared to what used to happen; sleep used to do nothing (if I could obtain it, thanks to recurring insomnia) and I would often wake feeling worse. So now, it’s almost like I can do most things but I just pay far more than other people. On Christmas Day I retreated to my room for a sleep and when I got up found that my parents were also taking a nap. They didn’t nap as long as I did, and they didn’t experience the tiredness nearly as much the next few days, but it was just an amplified version of their tiredness. Gone are the days when showering would send me back to bed, it’s going to big events and using lots of energy that undoes me now, and because I can actually understand why I’m tired, it’s so much easier to deal with. 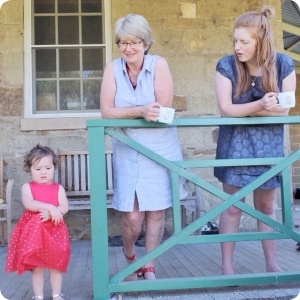 With my mum and my niece on Christmas Day

In CFS circles there is a lot of anger about the name Chronic Fatigue Syndrome and shouts of “it’s not just being tired”. I once got attacked online for the title of this blog as I was “diminishing the severity of the disease” – I take it they hadn’t actually read the content, or twigged that my name was Susie. But for me now, it really is about the fatigue, about the tiredness, and about taking way longer than normal healthy people to bounce back. I know full well that this illness is much more than fatigue, god do I remember the dark days of my first year with CFS, but for this stage that I am at, it seems appropriate. My mum also has a theory that I’m just a 64yo woman like her, experiencing hot flushes, unable to tolerate alcohol like I used to and absolutely wiped out by big events… Trouble is I’m actually 29.

I feel like I am almost ready to attempt some part-time work, just not quite confident enough to work for a stranger and hope my health holds out. That’s why I’ve been playing around with cakes, it’s done at my own pace, for myself and in my home. It’s manageable if I’m super organised and oh so satisfying when it all comes together. Who knows where this will go, it might just be my hobby for now, something to do for the next year as I consolidate my recovery gains. But it’s fun, it’s delicious, and gives me the creative outlet I’ve been needing. Part of me wants to leap back into work and actually earn a real wage again, but there’s another big part of me that just wants to do this properly, recover fully and enjoy this new-found energy for a while. I will certainly return to work but it will be on my terms, in what industry I do not know, but I need to get my confidence in my body back first. 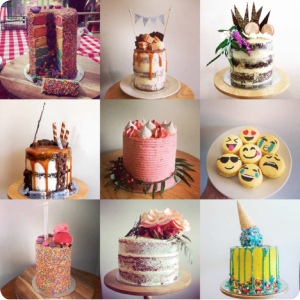 some of my creations 🙂

This morning I was up and walking the dog at 9:15am, feeling wide awake and energised and loving the feeling of my muscles moving. I’d previously been bemoaning my lack of a “bikini body” to a friend but as I walked around the park I thought, these un-stick-like legs are walking me for kilometres at a time, when walking to the bathroom used to fatigue me, that’s far more important than a thigh-gap. As I strode up the hill, feeling my leg muscles supporting me and working hard I thought, look at my legs go! 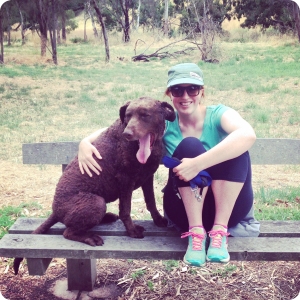 Me and TimTam out and about

And this tummy that pokes out more than I’d like it to is that way because I actually have a social life now where I go out for drinks and dinners and eat too much over the Christmas period – and probably has something to do with my predilection for baking… you can never trust a skinny baker! Yes I’d prefer washboard abs, but in the scheme of things I’ll take a bit of a tummy over severe chronic fatigue any day! And really, it’s not that long ago at the beginning of this illness that the lymph nodes in my stomach were so swollen I could barely eat, and I was losing weight at a scary rate. Anyway, I’ve got a fun pair of polka dot one-piece bathers that will do the job, and it’s being in the water and leaping around in the waves, jumping off the jetty into the river or simply swimming laps that is important – being able to do those things used to be nearly impossible, who cares how I look doing them, I’m actually doing them!

So now the next stage begins, stepping back into this thing called life and accepting that I will be ok. Not pushing myself like crazy, but going to a new year’s eve party without fear of hitting the wall then and there, accepting that I’ll have a few slow days after and will need to adjust for that.

I’m looking forward to the future weddings and birthdays and baby announcements and not fearing how my body will behave. I’m also looking forward to these, knowing they won’t be so bitter-sweet for me this time. I can enjoy other people’s good fortune without thinking, well why can’t I do that too. I might not be in a place where I’m ready for that now, or even want that, but it won’t be my health that’s dictating what I can and cannot do, and that, dear reader, will be fabulous.